IBM acquiring Kenexa is a Big Story for HRO, not so much for HR Technology 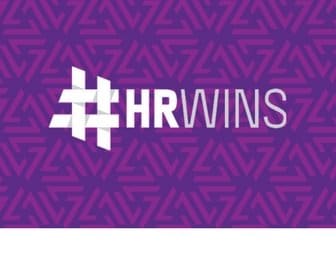 IBM’s acquisition of Kenexa today for $46 per share, or $1.3B is really a very small story in the HR Tech world, but is more of a splash in the HR Outsourcing (HRO) and overall Business Process Outsourcing (BPO) market.  Kenexa is a services firm with supporting technology solutions across the entire Employee lifecycle.   Most of their technology is available stand alone.   Kenexa’s Talent Management Platform was really solidified and spear-headed after the acquisition of BrassRing Systems, an Enterprise level TM/ATS System that was moving it’s business into outsourcing in 2006.  At that point, although still available stand alone, BrassRing really became a supporting technology to a much bigger services play.  IBM has been a long time leader and player in the HR BPO space.  Technology is core to what they do, but really more of a service enabler and less of a distinct product.

Kenexa becoming a part of IBM is a smart move on IBM’s part, and gives them some new-found differentiation with firms in the HR BPO space like ACS (Xerox), Accenture, Aon Hewitt.  However, from where I sit, this acquisition puts IBM more competitively aligned with  ADP and Ceridian.  These are two of the HR BPO leaders that have had distinct technology offerings in the market.   ADP provides a Talent Management Platform, resulting from the 2006 Virtual Edge acquisition, along with a full suite of HR BPO services.  Ceridian has long been providing Payroll and HRM/HRO services, and with it’s DayForce HCM offering has been moving into a leadership position in the Cloud-based HCM –  integrating HCM systems and processes and payroll without the cumbersome interfaces that make HR Pros lose sleep on a bi-weekly basis.

This isn’t really a technology story.  From my seat, I don’t see IBM making a play to become the next Talent Management Software leader.  That’s not why you acquire Kenexa.  Unless IBM starts marketing distinct HCM software products aggressively, nothing really changes in the tech landscape here. I do see them strengthening their competitive offering in the HR BPO space, though.

This is, however, a big story in the world of HR Outsourcing and Services.