What You Missed About Randstad’s Acquisition of Monster 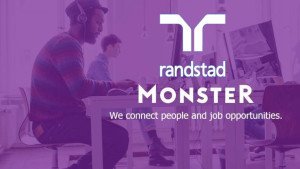 When a big acquisition happens, like Randstad acquiring Monster last week for $429 million, there is a rush of posts from media, analysts and bloggers sharing their opinions about it. Being under water with client work, I couldn’t join the opinion stampede, but I did find time to review much of what was written by other folks in the market.

It seems that the popular thing to do here is crap on Monster’s business and stock performance, their acquisition history, or decisions they made in strategy or product. Believe me, Monster has given everyone a lot of material to work with, but that just isn’t what jumped out at me when I heard the news. I think in all of the energy spent creating a narrative about Monster’s downfall, they missed a few things.

Here is what I think they all missed. (I never could just follow the popular kids)

We just watched a pivotal chapter in the evolution of the employment market start and end with Monster. This is a story about the disruptor becoming the disrupted. Monster, ultimately, became just like the newspaper industry they helped send into turmoil. Monster was the biggest brand in what killed the newspaper’s recruitment classified ad revenue stream. They were the innovator and the name everyone knew. Of course, they were never alone. There are scores of niche and smaller brands, many of which are still thriving today, but Monster was the big brand and the big threat to the newspapers.

You have to understand that Monster was born out of an employment advertising firm in the mid 90s. Jeff Taylor was the CEO and Founder of Adion, a fresh young job ad business in the Boston area at the time. Adion’s business, like all recruitment ad firms, was based on earning 15% of the newspaper ad dollars spent by their customers. I was a customer of Adion’s several times over. At the time, I was a founder of an RPO focused on tech in the Boston area. We had dozens of clients in the area and each week we worked with Jeff’s teams make sure the ads were right before they ran. I got to work closely with Jeff’s team in several accounts. Then one day Jeff started showing up with Carol McCarthy, a sales person, and they wanted to talk about this “internet job board” they were creating. Could we get our clients to give it a try? What started as a skunkworks project at Adion quickly turned into a start-up in Framingham, MA. My firm did all of the sales hiring for them during their initial growth phase. Monster was my customer, and it was some awesome perspective on the market.

Jeff and Carol’s mission was clear. To get out from under the 15% and get the 85%. Disintermediate the “middle man” newspapers and give the job seeker direct access on the web. And, they did it. The newspapers response came in the form of Careerbuilder, which was initially created via newspaper investments to bring ad dollars back to the newspapers via their network of newspaper websites.

What the struggles mean to us:

What we watched here was the initial disruption of the job ad market happening. Early on Monster made strategic acquisitions focused on growth. Monster became a public company with a market cap in the billions with their existence based on ad flow from employers globally. They tried to diversify with additional product or service offerings. They had forays into just about every segment of the talent acquisition services and technology ecosystem over the years. They became part of TMP, another big ad firm, and then they weren’t part of TMP any longer. They made acquisitions to fill product and service gaps, or go in new directions, or seemingly keep up with the market.

Monster was a huge part of moving both employers and candidates to the web. But, when you’re a multi-billion dollar ad site, and you answer to the stock market, it’s hard to become something else without risking your core ad revenue stream. As the internet search evolved, and with the advent of social media, a big publicly held job board like Monster was ripe for disruption. And that’s what happened.

Their business struggles reflect the changes happening in the market with search, social media, social networking, mobile, etc. As the fundamental shifts occurred in how candidates and employers find each other, Monster didn’t keep up. They didn’t make the difficult and risky decision to become the next thing soon enough.

There was a time when $429 million dollars was a lot of money.

Let’s all get some perspective. Did Monster make some bad decisions? Did their stock tank in epic proportion? Sure. But, Monster was created back in the mid 90s, disrupted a market, created another one, couldn’t keep up with the shifts in the market, should have sold much earlier for the sake of their investors, and then Randstad acquired them for NEARLY HALF OF A BILLION DOLLARS.

I’ve been watching Randstad for years. They are a Dutch $19 Billion Euro (~21.4 Billion dollar) company that has long been a leader in the world of talent acquisition and staffing. Being a European firm, culturally, they view talent acquisition differently than the U.S. market. Here in the U.S. we have hard lines drawn between third party staffing and employer side talent acquisition. Those lines are more blurred in Europe. In the U.S. it’s a fair characterization that employers look to staffing firms for candidates delivered into their process. In Europe, staffing firms provide more strategic services in the process. If Monster’s history speaks to being in the ad business, Randstad’s history speaks to a focus on quality and efficiency in all aspects of talent acquisition.

This is a strategic acquisition.

This acquisition has been painted by some as if it was a bargain pick up at a flea market. No one spends $429 million because the price is too good to pass up. This acquisition is the third in a series of moves that tell a story about what appears to be Randstad’s deliberate and calculated assembly of rich global candidate data. And, they seem poised to do more.

• Risesmart, acquired in September of 2015, is an innovator in global out-placement. They disrupted what was a service delivered via expensive consultants to deliver these same services, but focused on finding displaced employees jobs, via the web. More here in the #HRWINS
• Twago, acquired in June of 2016, is Europe’s leading platform for connecting clients with contractors. Reportedly Europe’s largest freelancer marketplace, it is a multi-language online outsourcing community with 225,000 experts in over 190 countries.
• Monster, acquired in August of 2016. See above

What do all of these acquisitions have in common? Candidate data. Lots and lots of candidate data. And let’s not forget about the data Randstad already has. They are the second largest global HR services firm behind Adecco. And, Randstad’s been at this since 1960.

Randstad’s application of technology to improve their scale is storied. In the late 90s, when I was on the executive team at BrassRing, we hired a CTO from Randstad. He was an exceptional hire based on his understanding of how to work with, and scale, data laden systems in the cloud globally. He gained a lot of that insight during his time at Randstad.

On the surface, as an HR service provider/RPO, having access to large amounts of candidate data, and the ability to provide additional services and technology to their customers is a smart move. I can’t help but wonder if there might be a more strategic play here.

Randstad has been seeding start-ups through their innovation fund for a few years now. The twago acquisition came from that portfolio. They currently list the rest of their portfolio as:

I can’t read the tea leaves to predict the future moves that Randstad will make, but I do know this: Randstad is playing “the long game”, as they always have. Their focus is strategic and the moves they make have the good of their customers and the good of industry at heart. Don’t pigeon-hole them as an RPO or services provider, they are far from one dimensional. Expect to see and hear a lot more from them in ways you might not have previously.