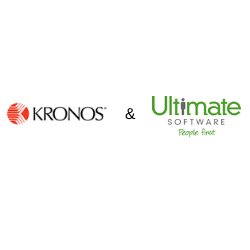 Big news in the world of HCM technology. Today Kronos and Ultimate announced an agreement to merge. Not a big surprise, given that they were both in the portfolio of H&F private equity.

Both Kronos and Ultimate have roots in the SMB and have been moving “upmarket,” competing in the large enterprise segment with the likes of Workday, SAP, and Oracle. While Ultimate is known for more core HRIS and HCM, Kronos brings a strong workforce management offering to the combined firm, having emerged from the time and attendance market. Both firms have complimentary cultures and have a strong brand affinity with their customers. Both are also viewed as innovators in their respective focus areas (market segment and tech).

Highlights from the announcement: